At the New York City Labor Day Parade on September 10, one of our members, Ekim Kilic, a young Turkish national, approached someone who appeared to him to be a Union Marshal, and asked where he could find the National Writers Union group. The person told Ekim that the UAW/NWU contingent had already passed. The […] 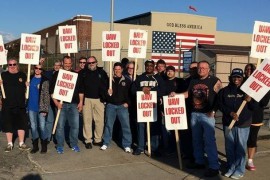 UAW ENDORSES HRC United Auto Workers’ President Dennis Williams appeared on MSNBC’s Hardball with Chris Matthews May 25, announcing the union’s endorsement of Secretary Clinton for President. UAW Region 9A Director Julie Kushner’s statement on the endorsement is posted on the regional website and Facebook page. (NWU is UAW Local 1981) In recent months, our members have been fully engaged […]

Nearly 40,000 Verizon workers are on strike from Massachusetts to Virginia. They are not only striking to save their jobs and maintain their healthcare, they are on strike for all of us, to stop the outsourcing and offshoring of decent paying union jobs. The workers are represented by the Communications Workers of America (CWA) and […] 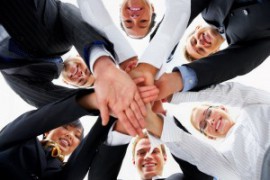 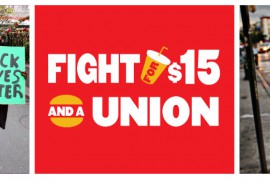 The NWU Delegate Assembly will convene from August 7-9 in New York City, where roughly 50 delegates, chapter and division chairs, along with national officers, will chart the course for the union going forward. The DA is the highest governing body of our union, and it’s charged with addressing the major issues we face in […] 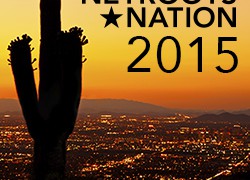 Over nearly a decade, Netroots Nation has grown to become a powerful force in promoting the Democratic Party. It serves as a platform for community activists, labor organizations, and even presidential candidates. With a reputation for compelling content and boisterous voices, Netroots 2015 descended on the Phoenix Convention Center in Arizona’s capital city last month, […]

The massacre of parishioners and their pastor in an historic African-American church in Charleston, SC, is just the most recent example of growing racist terror in this country. It brings to mind the bombing of the 16th Street Baptist Church in Birmingham, AL, in 1963. Then, grown men planted a bomb that killed four young […]