You are here: Home / News / My Friend, Ursula 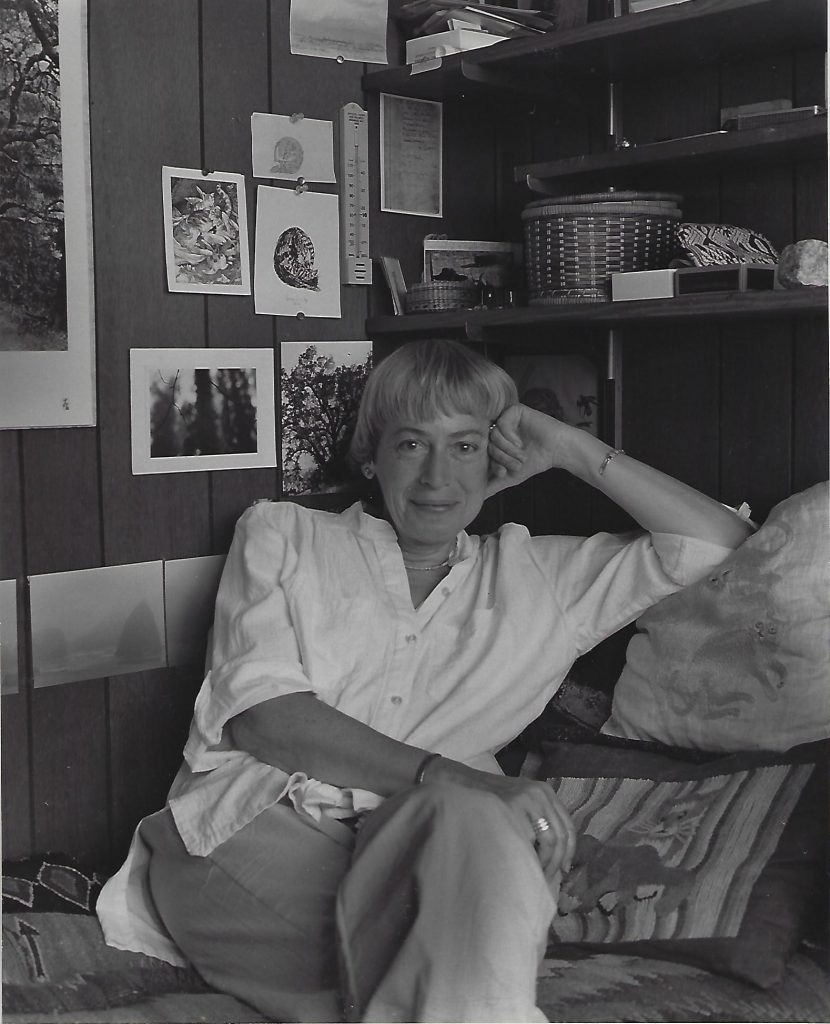 Ursula Le Guin and I first met in 1966 at a party at her house in Portland, Oregon. She was writing The Wizard of Earthsea, and I was cranking out fashion copy for a department store. We were both married to academic historians. She had three children and I, at the time, had none.

When I was ready to leave that night, I turned to my husband and said, “Hurry up, please. It’s time.”

Ursula noted that I’d used a line from “The Waste Land.”

“Oh, do you speak Eliot?” she asked, referring to the poem’s author.

That evening was the beginning of a friendship that lasted more than half a century, until her death in 2018. Ursula and I had much in common, other than fluency in T.S. Eliot. A love of cats was one of them:

In the photograph Ursula is reclining next to a cat pillow that I embroidered for her 50th birthday. She stitched one for my 60th that I treasure and keep on my bed. We shared an anthropologically influenced world view, feminism, pacifism, and lots of laughter.

In the early days, we had lunch together every couple of weeks and talked about what she was working on and what I wanted to write (short stories and poetry instead of fashion copy). She didn’t drive, so I would pick her up and we’d eat and shop downtown.

Our lunches became less frequent over time. Her monumental self-discipline kept her focused on her work while her kids were at school. I had a baby and a few years later finally found my calling: writing about dance. But whenever we met or talked on the phone the conversation soon turned to what we were working on and who we were reading, from Virginia Woolf to Leonard Woolf to Isadora Duncan. And yes, we read each other.

In the late nineties, Ursula founded the Narrative Americans, a peer writing workshop where all the participants read each other critically and helpfully. In the same period, I drove her to National Writers Union meetings and I joined the organization as well, in solidarity.

I had hoped to put a signed copy of my new book, Todd Bolender, Janet Reed and the Making of American Ballet, in her hands in an uneven exchange for the many books of hers that she placed in mine. I wanted to inscribe it, “For Ursula, from the heart, I hope it makes you laugh.–Martha.”