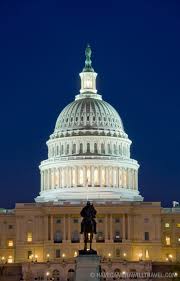 The NWU along with many creators’ groups and the member organizations of the Authors Coalition of America  endorsed the CASE Act. The NWU submitted detailed written comments to the U.S. Copyright Office about the difficulties writers face in trying to enforce our copyrights and recover damages for infringement, and then-Book Division Co-Chairs, Susan Davis and Edward Hasbrouck, testified at length in Copyright Office roundtables in Los Angeles and New York that led to this proposed legislation:
https://nwu.org/nwu-endorses-u-s-copyright-reform-bills/

The CASE Act doesn’t go far enough, and will not be a panacea. But it is a step forward.

The overwhelming vote in the House of Representatives in favor of the CASE Act, in the face of s strident campaign of disinformation and lies by opponents of copyright, is a welcome indication that members of Congress are, at some level, sympathetic to the plight of individual creators, when that can be clearly placed before them.

We thank members of the House of Representatives who voted in favor of the bill, and urge them to continue to support our rights as writers.

To become law, the CASE Act will still need to be approved by the Senate and signed by the president. The bill is pending in the Senate as S. 1273, where it has been favorably reported out of committee. We do not yet know when it may be scheduled for a vote by the full Senate.
https://www.congress.gov/bill/116th-congress/senate-bill/1273