You are here: Home / News / Highlights of the Recent IFJ Executive Committee Meeting 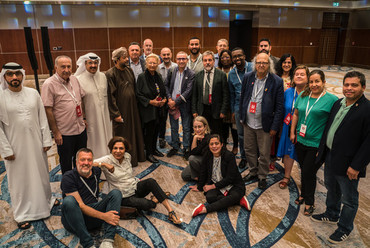 The IFJ Executive Committee met on November 28-29. The IFJ has about 160 affiliate unions in 148 countries, representing around 600,000 journalists. Here are some of the highlights from that meeting.

Three Unions Join the IFJ:  The Tehran Journalists Association (TJA), the Afghan Independent Journalists Union (AIJU), and the National Syndicate of Journalists of Comoriens (SNJC) were all unanimously admitted to IFJ. The TJA is taking the place of the previous union that was disbanded by the Tehran government. The president of the disbanded union lives in exile in Europe and has been very active with IFJ and helped in the creation of this new union.

After Afghanistan fell to the Taliban in the summer of 2021, IFJ and affiliate unions around the world worked tirelessly to help journalists and media workers escape the country. After about a year, the IFJ began to focus more attention on those still in the country, and the AIJU is in part, a result of these efforts. Journalists and media workers in both Iran and Afghanistan, especially women, are facing very difficult conditions. The solidarity work is likewise, very difficult, and very expensive, but it continues.

The Comoro Islands are an archipelago in the southwestern Indian Ocean between Mozambique and Madagascar.

UKRAINE: Since the World Congress last summer, IFJ has established four new Solidarity Centers in Ukraine, for any journalists or media workers covering the war. These centers provide safety equipment like flak jackets and helmets, and all types of technical support. You can donate to the IFJ Safety Fund here. At the same time, the ExCom voted to condemn the establishment of four official offices of the Russian Journalists (RUJ) in occupied territory and urged them in the strongest possible way to reconsider that decision and dismantle the centers.

For a UN Convention on the Protection of Journalists! The reports from the comrades in Palestine and Latin America were especially chilling. In Palestine there are more than 8,000 documented cases of targeted attacks against journalists and the media, the highest profiled being the assassination of Shireen Abu Aqleh. IFJ has taken this case to the International Criminal Court where we await the next phase of this process. In Mexico, 17 journalists have been killed this year and the reports of attacks and threats and harassment cover from Colombia to Peru, from Brazil to Panama.  These crimes against journalism and journalists have propelled the IFJ campaign for a UN Convention on the Protection of Journalists and the campaign is growing to get a resolution presented to the UN General Assembly in New York next September.