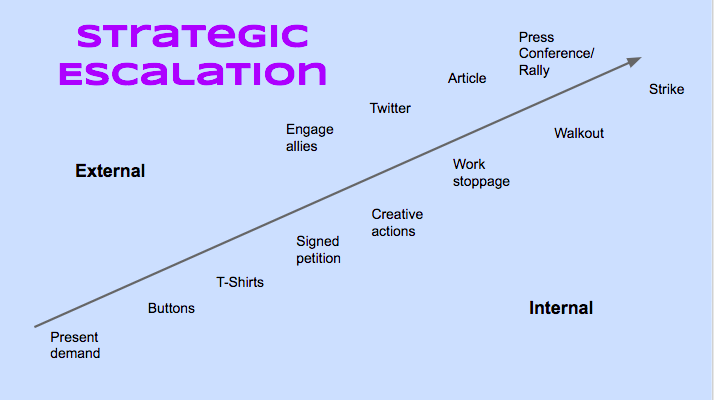 Recently the Freelance Solidarity Project (FSP) hosted an organizer training facilitated by FSP member and former WGAE staff organizer Megan McRobert. We went through some basics of organizing—from labor history to how to have effective one-on-ones and the elements of a strong union campaign. To practice some of these new skills, we had breakout rooms where we role-played one-on-one scenarios together, such as convincing a freelancer who was unfamiliar with unions to join FSP.

Some of the lessons that resonated with members might be useful for the NWU membership as a whole to take into organizing spaces. For example, we learned small perspective shifts, like instead of saying “Thank you,” saying something like, “Your work really made a difference.” (As Megan explained to us, we’re building a movement to make our lives better, not to do each other favors.) Or that organizing is really about listening (80 percent listening vs. 20 percent talking to be exact!), building relationships, and making sure you have a plan with clear demands.

By far, one of the favorite “organizer-isms” Megan shared with us was to assess whether something was “strategic or cathartic” (are you getting what you want or does it just feel good?) And, of course, the strategic escalation chart—moving from internal to external actions during a union campaign—which we all agreed to get tattooed on our arms. Overall it was a great session and we hope to hold more in the future!