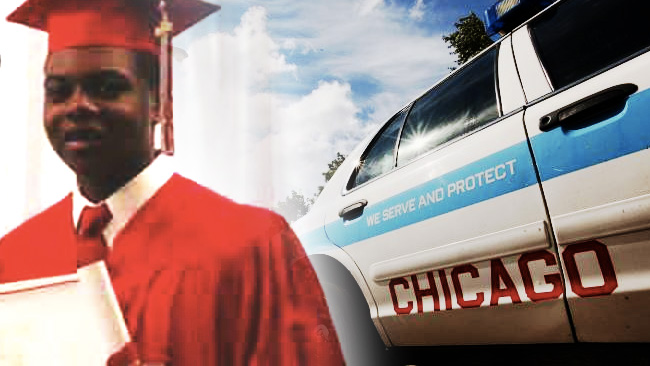 By now, almost everyone has seen at least a piece of the Chicago police video of the cold-blooded murder of 17-year-old African-American youth Laquan McDonald. He was killed by white Chicago police officer Jason Van Dyke in October, 2014, but police video of the shooting was suppressed until a court ordered its November 2015 release. Van Dyke shot Laquan 16 times, most of the bullets striking him after the teen had already collapsed in the street.

The tape sparked a solid week of street demonstrations in Chicago and around the country. Van Dyke has been charged with first-degree murder, and on December 1 Chicago Mayor Rahm Emanuel fired Police Superintendent Garry F. McCarthy.

The demonstrations, murder charge, and dismissal of Chicago’s top cop would never have happened if the tape hadn’t come to light. And the only reason it became public was because freelance journalist Brandon Smith filed a successful lawsuit, and freelancer Jamie Kelvan obtained Laquan’s autopsy report —both under the Freedom of Information Act (FOIA). That’s when the official story of a policeman using deadly force because he “feared for his life” quickly unraveled.

We can save a more thorough recounting of the racist history of the Chicago police for another time. But suffice it to say that they’ve shot one person a week since 1986, and fatally shot 70 people from 2010 to 2014.

Just as nine officers stood and watched Van Dyke empty his gun into Laquan McDonald and said nothing, so too, the entire corporate media stood silent as Smith and Kelvan sued the police and the City of Chicago to have the autopsy and police tapes released.

Their actions underscore the important role freelance writers play. Smith has written for the Chicago Reader and has his own site called Muckrakery. Kelvan runs the nonprofit Invisible Institute. It should give all of us in NWU an added sense of social responsibility and a clearer view of what a difference each of us can make.