You are here: Home / News / Freelancers Back First Union in Gaming History 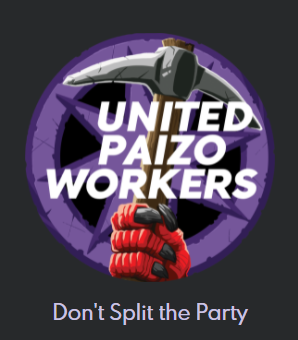 In mid-October, workers at Paizo Inc. announced their intention to form a union. After resisting for little more than a week, the Redmond, Washington-based company relented. The union at Paizo is being touted as the first in the gaming industry.

Paizo publishes the very popular fantasy game Pathfinder, along with role-playing game (RPG) magazines and supplements. The company’s prominence in the industry meant the eight-day dispute was heavily covered by websites that cater to RPG enthusiasts.

Elizabeth Noel, a freelancer for the company, was surprised but also cautious by how quickly the decision occurred. “I think even in labor history, it might be fast,” she said.

The outcome is, in part, attributable to freelancers such as Noel, who engaged in what’s being termed as “concerted action.”

Paizo employees accused the company of workplace harassment and pay inequity for months, but the potential dispute stayed largely out of the public eye until the departure of some customer service staff in September. The departing employees took to Twitter to air their concerns. A few weeks later, 30 Paizo employees announced their intent to unionize.

It was a difficult call. Many employees work at the company because they have a lifelong love for RPG, and in particular those published by Paizo.

“There is a lot of passion behind wanting to work at those companies and, in many cases, that passion unfortunately, gets taken advantage of,” said Andrew White, who works on the IT side of the company. He added: “Almost everybody who works at Paizo right now could be doing the same job at another company for significantly higher pay.”

White was on the organizing committee that made contact with the Communications Workers of America, which offered its support. Though he’d never been a union member before, his mother had been in unions both as a teacher and as a nurse.

“We’ve gotten a lot of support from fans saying, “Hey, I’m fourth generation Union. If you guys want any pointers or help or support, we’ve got your back,” White said. “It definitely feels like we’ve got a lot of people who care about us.”

RPG fans got on board quickly. They used social media and adopted the solidarity slogan “Don’t split the party,” a plea familiar to fantasy players.

Another group that had their backs were freelancers, such as Noel, who writes scenarios for both Pathfinder and its science fiction companion game Starfinder. She and other freelancers banded together and said, “[We] don’t want to write for you guys unless you guys get your house in order.’” They took the risk that it might cost them their gigs.

When Noel sent in her email saying that she wouldn’t be submitting her work, she felt “butterflies in the stomach.” But within 36 hours, the company apparently had received enough similar notices from freelancers that the company backed down and accepted the union.

“We had an enormous advantage when it came to bargaining simply because, with no freelancers working, our entire year’s product slate was essentially being held hostage,“ said White.