You are here: Home / News / Documentary on the 1976 Downing of a Cuban Plane 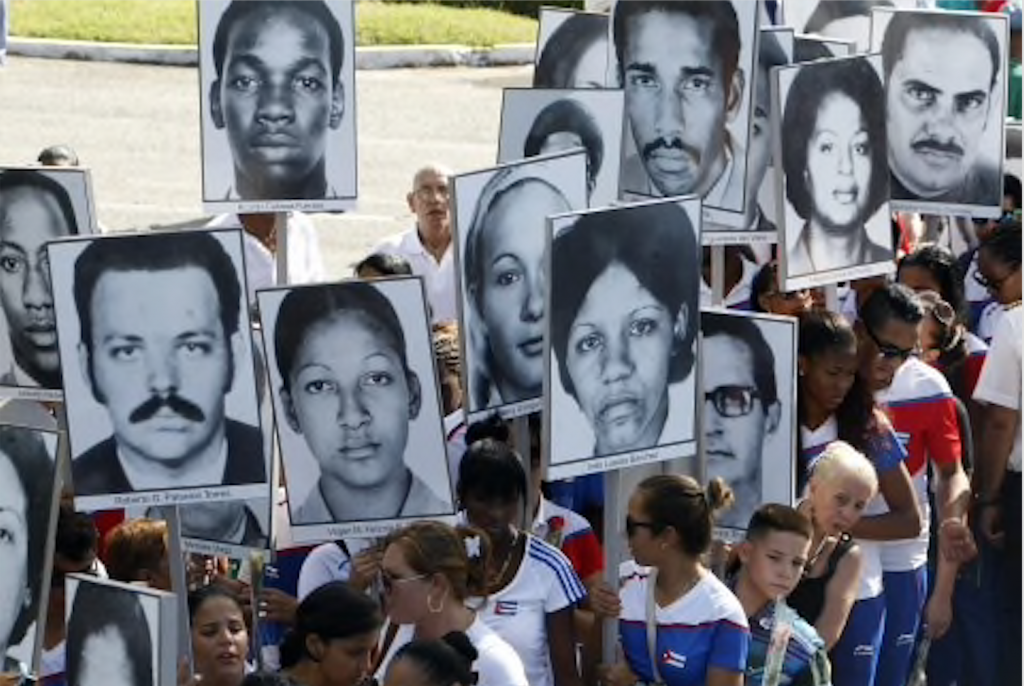 Protesters carry portraits of victims on Oct. 6, during a 40th-anniversary remembrance of the Cubana Flight 455 bombing. (Ernesto Mastrascusa/European Pressphoto Agency)

In October 1976, a Cuban plane took off from Barbados to Jamaica. In a blip, Flight 455 disappeared from radar screens. Various aviation agencies, including the Cuban government, determined that two bombs hidden on the plane caused it to explode midair, the wreckage  plummeting into the Caribbean Sea.

All 73 people aboard were killed in an atrocious act of terrorism, including every member of Cuba’s National Fencing team. A new documentary by Enrique Berumen on the subject will premiere in the United States this fall.Berumen is a professor in the Television, Film, & Media Studies department at California State University Los Angeles.

I will be promoting a US Tour of the film and working with NWU’s Southern California chapter to host a private screening in the Los Angeles area on June 19, 2021 at a location to be determined.

The tragic events of that day in 1976 continue to resonate with the Cuban people. The documentary will be shown on the island October 20. 2021, 45 years after the place went down. The film will also be submitted to film festivals, and a US tour will include stops in Los Angeles, Chicago, New York, San Francisco, and the Southwest.

For more information on screenings and tour dates contact NWU member at dtmrt1@aol.com.