You are here: Home / News / Cruel But Not Unusual: Mumia’s Treatment Delayed 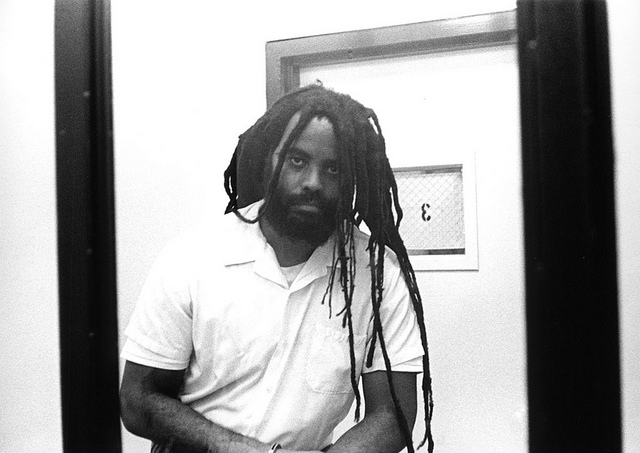 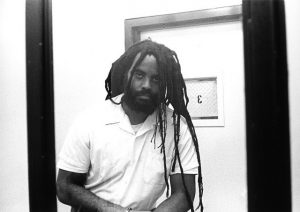 Mumia Abu-Jamal received a cruel mix of bad and good news from a prison doctor on March 31. The doctor shared the results of his recent lab test, which showed clear signs of cirrhosis, an irreversible scarring of the liver caused by his untreated Hep C. The doctor also informed Mumia that he would be treated with the Hep C cure within a week.

The impending victory was bittersweet. Mumia shared his feelings with those he called that morning. His rare expression of emotion was also captured in an interview that evening in which he stated: “My first reaction was really shock, anger, disbelief. If I had been treated in 2015, if I had been treated in 2012 when they say they first diagnosed it, I wouldn’t be this far advanced…

“For a lot of guys and a lot of gals inside the Pennsylvania prisons, I think it is a step forward and a great day, but I assure you I don’t feel that way right now.”

The apparent concession by the Pennsylvania Department of Corrections {PA DOC] to treat Mumia with the Hep C cure was achieved through an agonizing two-year battle waged in the streets and through two court suits. However, Mumia has not yet been treated and will not be without our vigilance and continued protests.

If treated immediately, he can expect to return to good health. But patients who have developed cirrhosis are more susceptible to developing liver cancer in the future and have to be monitored for the rest of their lives. 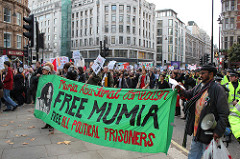 In the face of Mumia’s battle for humane medical treatment, the PA DO
C had  adopted a retaliatory posture and
accelerated its efforts to silence and kill Mumia by delaying treatment. Because of the failure to treat his Hep C over the last two years, he fell into a diabetic coma, experienced severe brain swelling, and suffered a painful skin condition that disfigured his body.

In the last year, he and others in the prison have been forced to bathe in and drink water that is often visibly contaminated—“black and turbid,” as Mumia put it.
Many of his supporters around the world believed that Mumia received treatment back in early January 2017 because a federal judge ordered the DOC to provide it. But a stubborn and stonewalling PA DOC refused to comply with the ruling.

The ongoing foot dragging by the PA DOC was confirmed this week. On the same day that the prison doctor delivered the news to Mumia, PA DOC attorneys filed a scandalous motion in court. They asked the judge to dismiss Mumia’s legal health suit on the basis that the DOC had decided to treat Mumia under the guidelines of pre-existing HEP C treatment protocol —the same protocol that the judge previously declared “unconstitutional.” 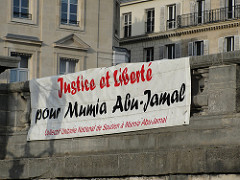 These arguments demonstrate the DOC’s attempt to undermine the legal implications of Mumia’s legal suit and the DOC’s own misconduct. When Mumia is finally administered the cure, his treatment will establish precedent for the treatment of thousands of PA prisoners with Hep C, as well as people on the outside who can’t afford the medication. Mumia’s battle has exposed the deadly crisis of medical care in the prisons and the barbarism of the U.S. for-profit health care system that charges 90K for the Hep C cure.

As history shows, a judge’s ruling does not ensure its implementation, especially when it challenges ruling interests. For this reason, we are asking you to take action and demand immediate Hep C treatment for Mumia, for the more than 700,000 prisoners with Hep C across the country, and for the millions suffering with the untreated, deadly disease outside the prison walls in our neighborhoods.

This moment has also created an opportunity to uphold Mumia’s innocence and fight for his freedom. On Monday, April 24, 2017, Mumia’s birthday, his attorneys will challenge his conviction in the Philadelphia Court of Common Pleas. We are calling on you to join us at the courthouse and in the streets. 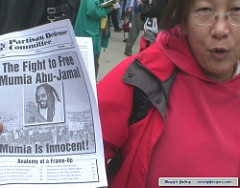 Legal Defense Fund), will take advantage of the recent Supreme Court ruling in Williams v. Commonwealth to show how judicial and prosecutorial bias in all of Mumia’s state appeals have kept him behind bars. This important Supreme Court ruling determined that a judge cannot fairly adjudicate an appeal of a case for which he/she has previously had a personal role in a significant prosecutorial decision.

In Mumia’s case, Judge Ronald Castile, the same judge under scrutiny in Williams v. Commonwealth, also was the elected Philadelphia District Attorney responsible for the arguments made to the Pennsylvania Supreme Court in 1988 to uphold Mumia’s trial conviction and death sentence.

Castille had also been a high-level assistant DA during Mumia’s trial. After he was elected to the PA Supreme Court in 1994, he was involved in deliberating and denying all of Mumia’s state appeals against the decisions of “hanging judge” Albert Sabo and Pamela Dembe who upheld Mumia’s death sentence and denied him a new trial during multiple appeals between 1998-2007. These judges denied a new trial despite Mumia’s innocence, that evidence of his guilt was manufactured by the police and prosecution and that he had been denied virtually every due process right and protection owed under the U.S. constitution.

himself because of this bias, citing also the judge’s close relationship with the Fraternal Order of Police (FOP), which lobbied for Mumia’s conviction. The FOP funded Castille’s bid for the Pennsylvania Supreme Court and honored him as “Man of the Year.”

In response to Mumia’s attorneys, Justice Castille responded stridently that he would not step aside, noting that he should not be singled out because five of the seven judges of that Pennsylvania Supreme Court were also supported by the FOP. It is no surprise that the court did not find one single error in the original court proceedings and thus upheld his death sentence and denied Mumia the right to a new trial.

We demand the immediate release of Mumia!