You are here: Home / News / Close the Camps! 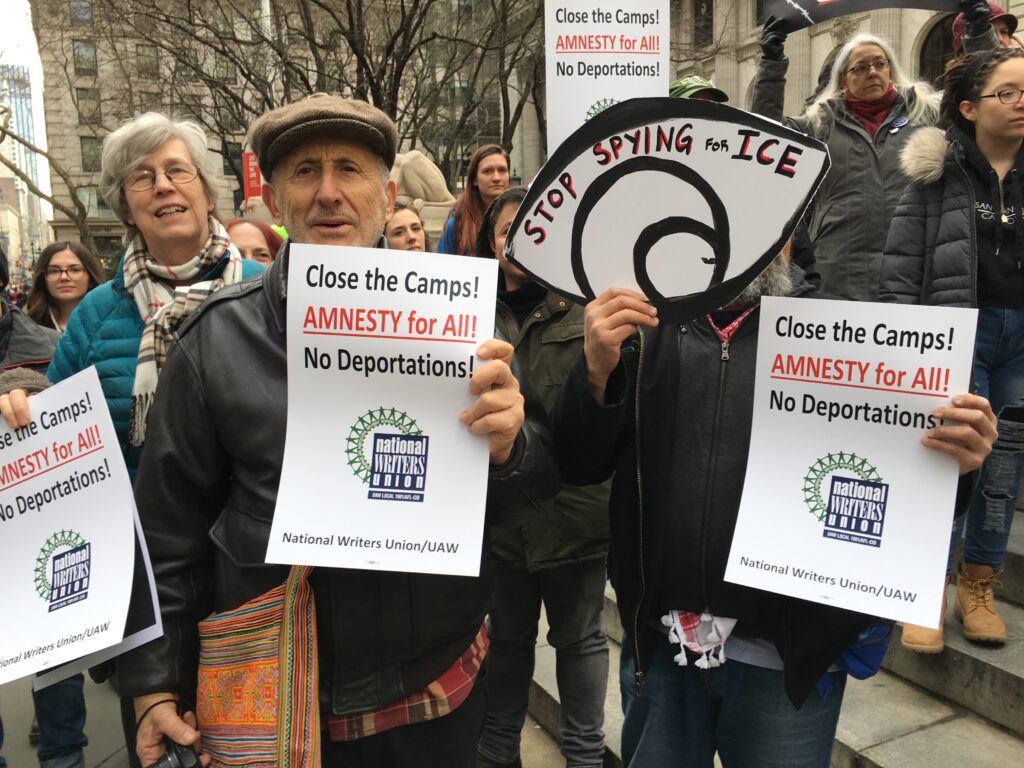 New York, NY February 16 – NWU members joined around 500 activists in a march organized by Close the Camps to the New York Time Square headquarters of Thomson Reuters. Thomson Reuters, a media conglomerate has lucrative contracts with the government to provide immigrant-tracking data that directly empowers U. S. Immigration and Customs Enforcement (ICE) to seize and detain immigrants.

Some protesters handed out informational flyers to receptive shoppers and tourists about how these raids and arrests tear families apart and the concentration-like conditions in the camps. Others, holding up signs reading “Abolish ICE,” “Close the Camps” and “No Raids,” blocked the busy Times Square intersection at 42nd Street and Seventh Avenue until the police arrived and arrested 10 men and 20 women for disorderly conduct.

Close the Camps is specifically calling for the Canadian multinational, whose contracts with ICE netted them $54 million last year, to “stop profiteering from concentration camps, immigrant raids, and immigrant detentions.”

The protest this weekend comes a few days after the Trump administration announced that ICE will send SWAT teams from the southern border to New York and Chicago and other sanctuary cities, like San Francisco, Los Angeles, Atlanta, Houston, Boston, New Orleans, Detroit and Newark, N.J. 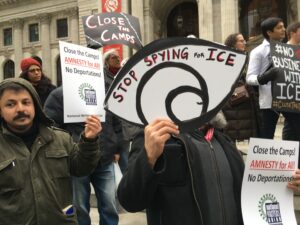 Our borders have been militarized for many years. The planned deployment of Border Patrol squads with Special Forces-type training and armed with stun grenades to back up ICE agents on city streets will affect both native-born blacks and Latinx  who could now be caught up in operations  that bring further militarization to neighborhoods already plagued by racial profiling  and policing.

Close the Camps is supported by many organizations. They are organizing actions at ICE facilities, jails and detention camps and neighborhood watch teams are being planned to protect immigrant neighbors.

Locate a Detention Camp near you, Start an Action, Close the Camps.