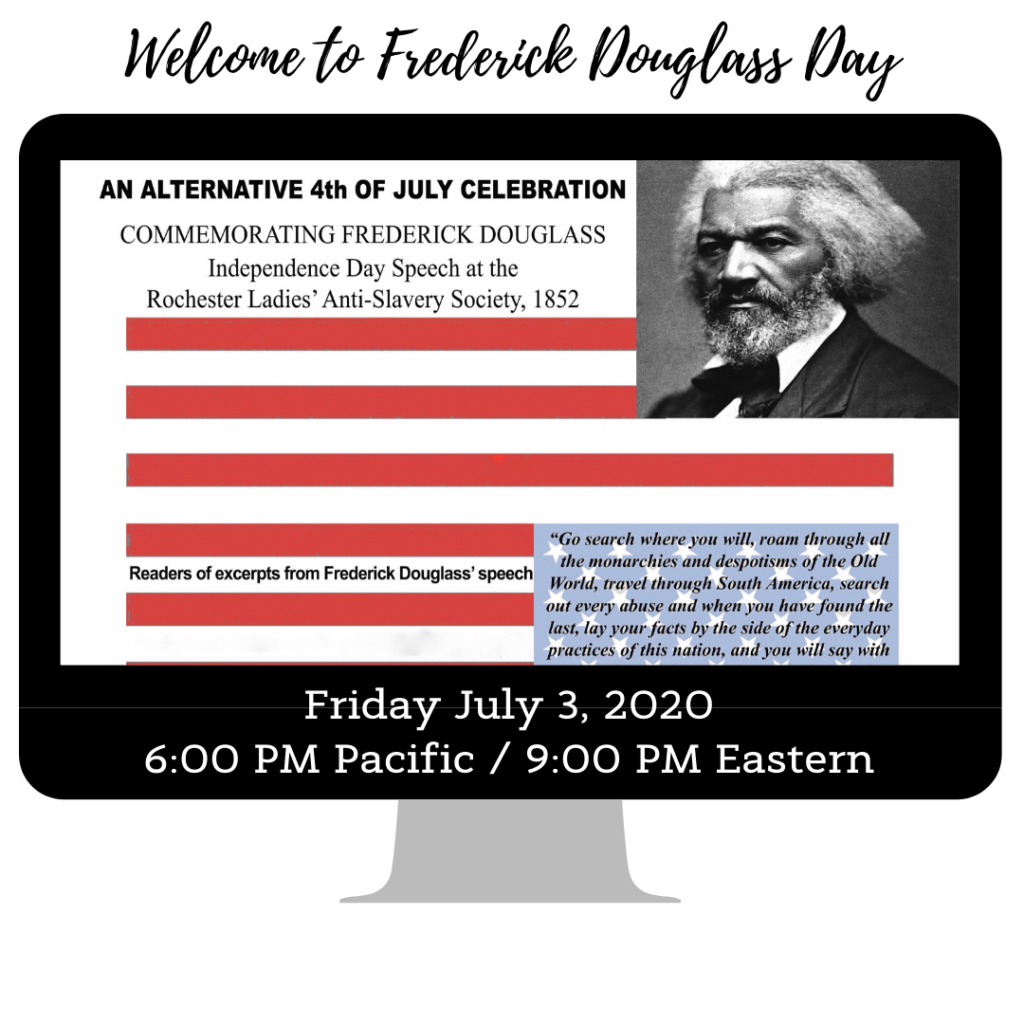 We first presented our award to Angela Wellman, founder of the Oakland Conservatory of Music, where our first Frederick Douglass Days happened back in 2007. We had two speakers, an outstanding labor leader, the “real” Clarence Thomas, from the ILWU Local 10 (International Longshore & Warehouse Union) talk about the role of labor in the movement for Black Lives and connected progressive movements; and a short film presentation on Frederick Douglass, including a descendent of Douglass, from filmmaker, writer, and our National Writers Union (NWU) 2nd Vice-President, Pamela K. Johnson.

It wouldn’t be an UpSurge! event without our blistering and tender poetry—presented by hosts Raymond Nat Turner and Zigi Lowenberg. We were grateful to have this technology to continue our six-year tradition of presenting our Frederick Douglass Day—and thrilled to say 58 participants were on the Zoom call from coast-to-coast (USA).

The vision is for Frederick Douglass Day to become a national holiday in the United States. Frederick Douglass remains an international figure of solidarity (“he continues to do great work … “) By posting this event we hope to reach a global audience—and that folks who were not able to attend will view it and be inspired!