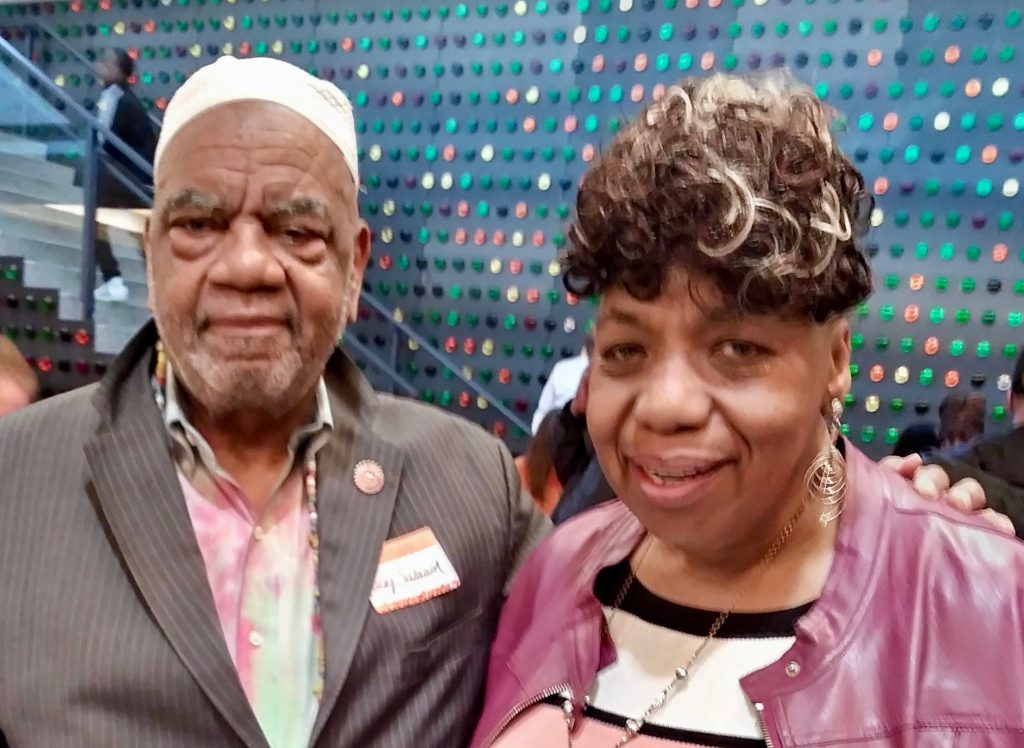 Yusef Salaam and Gwen Carr, mother of Eric Garner, at the Fair.

The recent Bronx Book Fair 2019 at the Bronx Library Center was jam-packed with excitement.

The energy sizzled as an array of booksellers, writers, and patrons engaged each other regarding their adoration for stories.  Presented by Poets Network & Exchange, the theme was Our Children, Ourselves: Sustaining a Healthy, Creative, Educationally & Literary Rich Community.

Poet Keisha Molby Baez aka Coco gave the opening proclamation. Author of “Tears Laced with Fire,” Baez noted she was happy to see the emphasis on children’s literature and the attendance of kids. “I enjoy working with our youth,” she stressed.

Regarding children’s literature, the highlight was the “Fennell Adventure” moderated by poet, Elvis Alves. The Fennell family is a Delaware team of three adolescent writers coached by their mom, Jennaye. Siblings Merid, nine, Jace, 10, and Jiyah, 15, are prolific scribes who write about travels and adventures based on their journeys to Cuba, Hawaii, Texas, New Orleans, and Atlanta.  During the family’s presentation, Jennaye revealed that her crew has additional talents: “We are publishers, podcasters, rappers, face painters, and cartoon animators.”

Gwen Carr, the mother of Eric Garner, who was murdered by the New York Police Department four years ago in Staten Island, offered her book, “This Stops Today.” It narrates how she, a very private person, was pushed into being a national spokeswoman and activist in her quest for justice for her son. Hillary Clinton penned the foreword to the book.

The event concluded with an Open Mic session facilitated by filmmaker, Oscar Sanders. Bard Damien Tillman, author of the volume, “Learning to Quote Myself” read a composition, “Rough Drafts.”  Teenagers Krystle Baez and Triunfer Jean read their works with professional confidence.  The peak was Alyssa D’Amico, author of “Short Circuit: An Epileptic Journey.”  She read poems that celebrated self-relaince and self-determination such as  the verse “Epilepsy.”