You are here: Home / News / Connell on Rise of Conservatism in 1950s 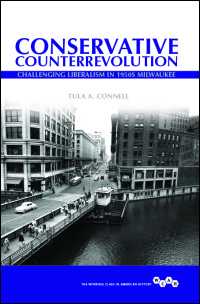 On Thursday, May 5, in Takoma Park, MD, Tula A. Connell, author of "Conservative Counterrevolution Challenging Liberalism in 1950s Milwaukee", will speak at Busboys and Poets. 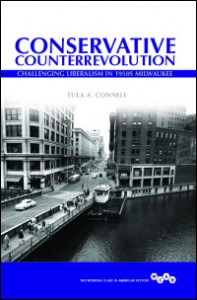 Tula A. Connell discussed her new work— a historical account of right-wing opposition to the postwar New Deal—during a book discussion at Busboys & Poets in Takoma Park, MD, on Thursday, May 5.

Since completing her doctorate, she refined her dissertation, which was published by the University of Illinois Press in April. “Conservative Counterrevolution: Challenging Liberalism in 1950s Milwaukee” is available for purchase in paperback or as an ebook.

In her talk, Connell focused on the vision of the far right in the 50’s, and what she sees as a precursor to the vision of today’s Tea Party. She explored the philosophy of Frank Zeidler, a socialist who served as mayor of Milwaukee from 1948 to 1960.

Zeidler believed strongly in public government and public service, which he viewed through the lens of the “public interest,” Connell says. She believes Zeidler might offer some valuable lessons to those in public office today.