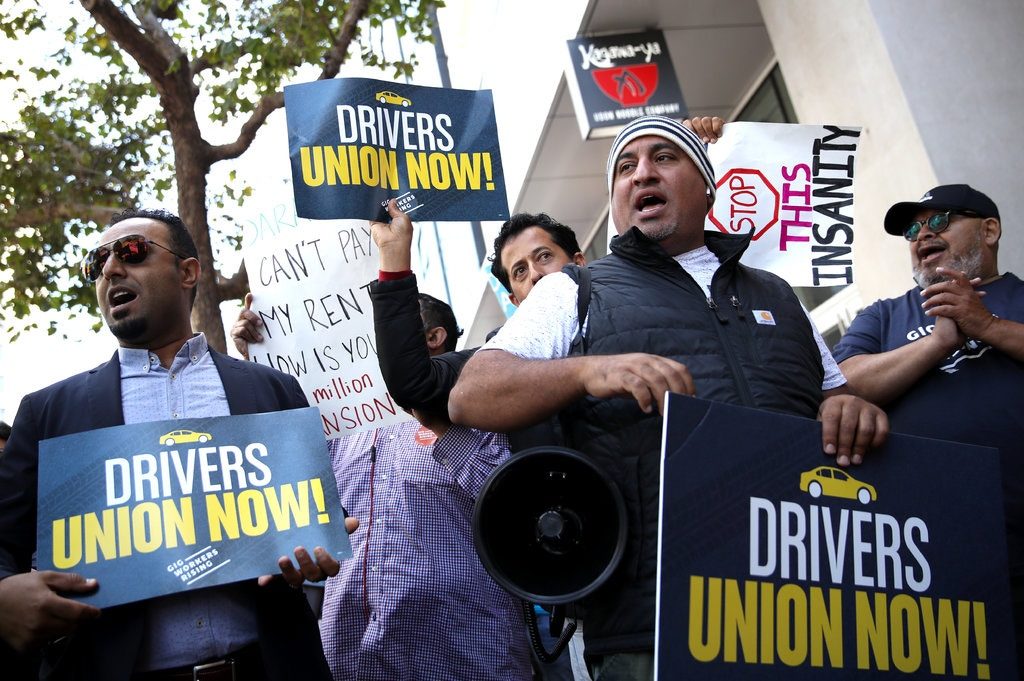 NWU supports the passage of Assembly Bill-5 (Worker Status: Employees and Independent Contractors). AB-5 is legislation in California designed to end employee misclassification and to bring the protection of state and federal labor law to the millions of workers who are currently deprived of it. AB-5 will require multi-billion dollar corporations to respect those labor laws and pay their share of taxes to cover employees’ rights to unemployment compensation, paid family leave, workers compensation and much more. AB-5 is to be voted on in the legislature by September 13 and sent to Governor Newsom to sign by October 13.

Originally, there was no exemption at all for freelance writers, photographers, editors and other creative professionals, as defined in existing wage orders. After several months of negotiation with groups larger and more powerful than ours, compromise language has emerged (not everything we wanted, but better than what we had before).

Under the current language AB-5 and the holding in the Dynamex decision by the California Supreme Court (which AB-5 is to codify), do not apply to  some “professional services” including  services provided by a freelance writer, editor, or newspaper cartoonist who does not provide content submissions to the employer more than 35 times per year. Items of content produced on a recurring basis related to a general topic are considered separate submissions for purposes of calculating the 35 times per year. A “submission” is one or more items or forms of content by a freelance journalist that: 1) pertains to a specific event or topic; 2) is provided for in a contract that defines the scope of the work; 3) is accepted by the publication or company and published or posted for sale.

There is a further exemption for business-to-business contracting relationships which may apply to some freelance writers based on how your work is organized. Photographers and several other creative professionals are covered in other sections. The most current text is at: https://leginfo.legislature.ca.gov/faces/billTextClient.xhtml?bill_id=201920200AB5.

If AB-5 becomes law then a great deal is going to depend on the implementation of the law and the court challenges.  If AB-5 fails to pass, then the Dynamex decision remains the law. In either scenario,  Uber, Lyft and other large gig economy companies have pledged a $90 million ballot initiative to exempt them from AB-5 and Dynamex in 2020.

New York State May Be Up Next

Several other states including New York are looking into similar laws.  In addition, The Protect the Right to Organize Act (PRO Act) has been introduced in the US House of Representatives and includes a lot of the same language as AB-5 at the federal level.  So, the fight is far from over.

California will send a message to the nation that the misclassification of millions of workers is coming to an end. We think that most of our members can be protected under the current AB-5 language.

If you are being denied work based on AB-5, please contact us immediately.